I’ve been a fan of Bill Frisell, who ranks as one of my favourite guitarists, for over twenty years now (see the signed CD at the bottom of the blog).  Unlike many guitarists, Frisell doesn’t sound like a clone of anybody.  You know exactly who’s playing from the off.  Frisell has made a career out of not being pigeonholed; he’s authentic playing whatever style of music he plays, which is largely jazz or country-based music though can find him on drum and bass records.  You may well have heard him yourself and not realised it.  For example, Frisell provided the music for Gary Larson’s animated Far Side movie. 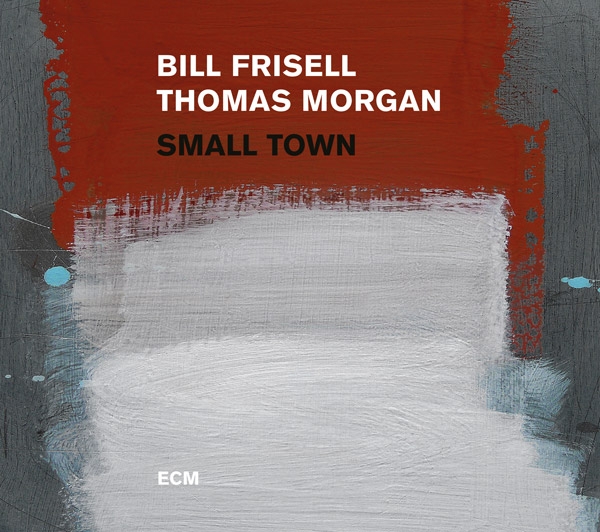 Frisell’s latest album Small Town (2017) released on the ECM label sees him partnered with Thomas Morgan, a bass player who moves in high circles within the jazz community.  Small Town is a live recording from 2016 at New York’s hallowed Village Vanguard.  Unlike some ‘live’ jazz recordings the sound of the band doesn’t have to compete with the sound of clanking cutlery and glasses or annoying whoops from the audience.  The audience here is respectful of the music, not wanting to encroach on the intimacy of the proceedings but showing their appreciation at the end of each tune.

There’s quite a mix on offer including classic bebop – in the form of Lee Konitz’s Subconcious Lee; country – Wildwood Flower; and cinema – John Barry’s theme from Goldfinger.  The title track, like two others on the album, are Frisell’s (though one of these is co-penned with Morgan) and hold their own against the others, especially Small Town, which sounds exactly like it should.  See the video below for proof!

The album also goes through various moods, kicking off with a rendition of the late Paul Motian’s It Should Have Happened A Long Time Ago (which Frisell played on back in 1985), which builds to a glorious contrapuntal section.  The Motian tune is a dark one but there’s plenty of light.  If Wildflower doesn’t put a smile on your face I don’t know what will!

I highly recommend Small Town and if you like the sound of it you can check out each of the tracks on the ECM website.

Before I leave you, here’s the promised picture of my signed Bill Frisell CD.